I’m having an issue where nesting objects has created an offset “ghost” image of the icon/box offset from where it is supposed to be. This has only been happening in the past week for me, after using the tool for a few weeks. It first appeared in an established model I had, when I was adding details in the PAB diagram - by adding deployed behaviors onto nodes.

I have tried several fixes without result. Some of my troubleshooting steps involved:

The issue is more prevalent and repeatable today. When starting a brand new project and only a few diagrams. Attached are some screenshots. 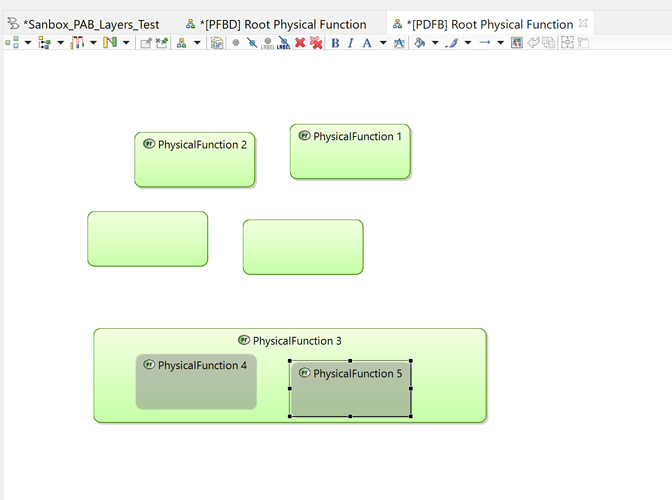 Thanks in advance, Zippy

After a few days and restarts with the model I was able to figure this one out! It had to do with the screen resolution. Working from the office with dual monitors went through a different graphics chip than the screen within the laptop when working at home. Lowering the resolution removed the gray boxes and offset gray boxes (I did not show above).