Understanding the code behind viewpoint creation

I followed the tutorials about VP (Viewpoint) creation and I think I understand the different steps.

However, I can’t manage to write a functional VP that does what I want because I can’t quite grasp which code is necessary to make it work.
Just for learning purposes, I’d like to create a VP able to:
-create an object (let’s call it “A”) and place it in the Logical Architecture Blank at the same level as the Logical System / Logical Actors (directly on the white background). I want to represent “A” as a rectangle with its attribute “name” in it.
-create and place “B”, the same object as “A”.
-create and visualize a link between “A” and “B”. A -> B or B -> A, it doesn’t matter because it’s just to learn.
-create and visualize a link between “A” (or “B”) and a Logical Function (but it could be any already existing Capella element).

If my description is not clear, I’d like to mimic the following image : 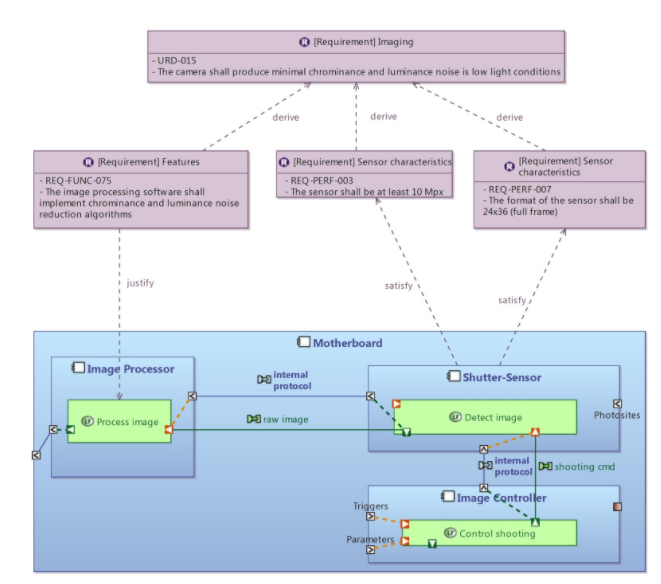 It’s from the VP Requirement but I don’t want to go that far, meaning and complexity will come later. I just want to put two rectangles, a link between them and a link with an already existing Capella element.

I tried to create a VP doing the first step of what I said, without success (cf dataFile and diagramFile) :

When using it in a project, I see the tool to create my element. I see I can put it on the white background and not inside a logical component but it doesn’t appear after I click.

I know my VP would be useless but for me, the few basic VPs are not enough to fully understand the code behind so I need to go through the basics.