I was trying to create a the REC of a SA layer in a library, to be used in an other project.

Then main difficulty is to update the System functions and their Functional Allocation element:
To get those Functional allocation in the REC, Capella automatically import my ‘System’ element in the REC.

Has anyone any idea how to overpass that step ? 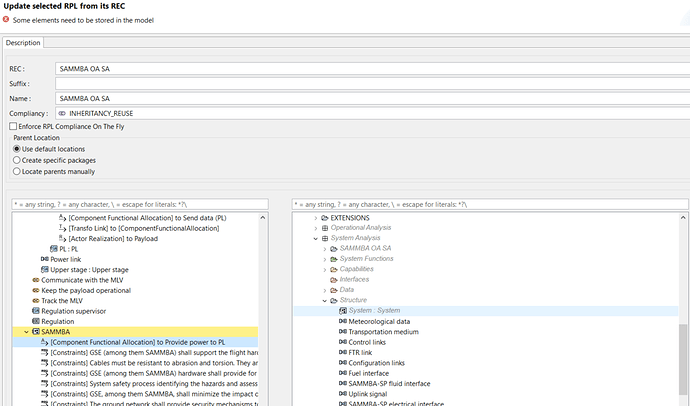 I can’t tell you the “Engineering” way to do this, but I love tricking capella and this could work:

This restriction of only one root system component is such a big problem for workflows, I don’t understand why it’s done that way. BUT: You can have only one system component, but many system actors. Well so, what if you temporarily convert your target system into an Actor? After all, Components and Actors at the same architecture level are only distinguished by a boolean flag which can be changed freely in the “Expert” tab of the Properties view. I can’t guarantee that the Rec/Rpl system can be fooled by this, but maybe it’s worth a try…