Capella 1.4.2., I was working in my project. I tried to change the theme to a new color. The tool asked with a pop-up to restart. I accepted and it reloaded automatically. 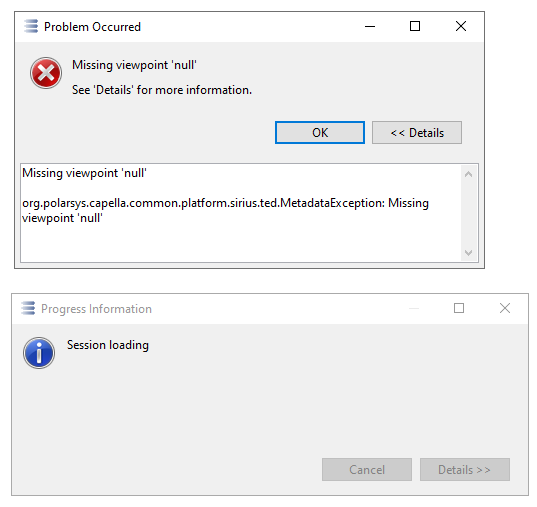 First, the diagrams won’t open. I closed the project, and now the aird does not open.
I tried with a new fresh Capella (I deleted the directories of the app and upzip the program again), same issue. Other projects work but mine.

I dont have a backup of the project. I also dont have experience troubleshooting any issue with Capella.

Could you please help?

Any clue how to troubleshoot this?

I solved the issue. I believe the problem was a mismatch between the .afm and the rest of the files.
I opened the afm in notepad++ and removed a line that made reference to metadata. After this line was removed, the project seems functional again!

After (line 3 was removed)

I am very happy this was the issue. We tried hacking the aird but we did not manage to solve it there

I am not sure about the root cause of the problem. I was working on my one-drive directory. But I think the issue was with the ‘reload’ action of Capella after importing a color theme.

Anyhow, thanks in any case!