Looking at the in-flight entertainment system example available in Capella and both the [OAB] and [OCB], I believe the aircraft, personal device and ground operator are enabling systems, correct? 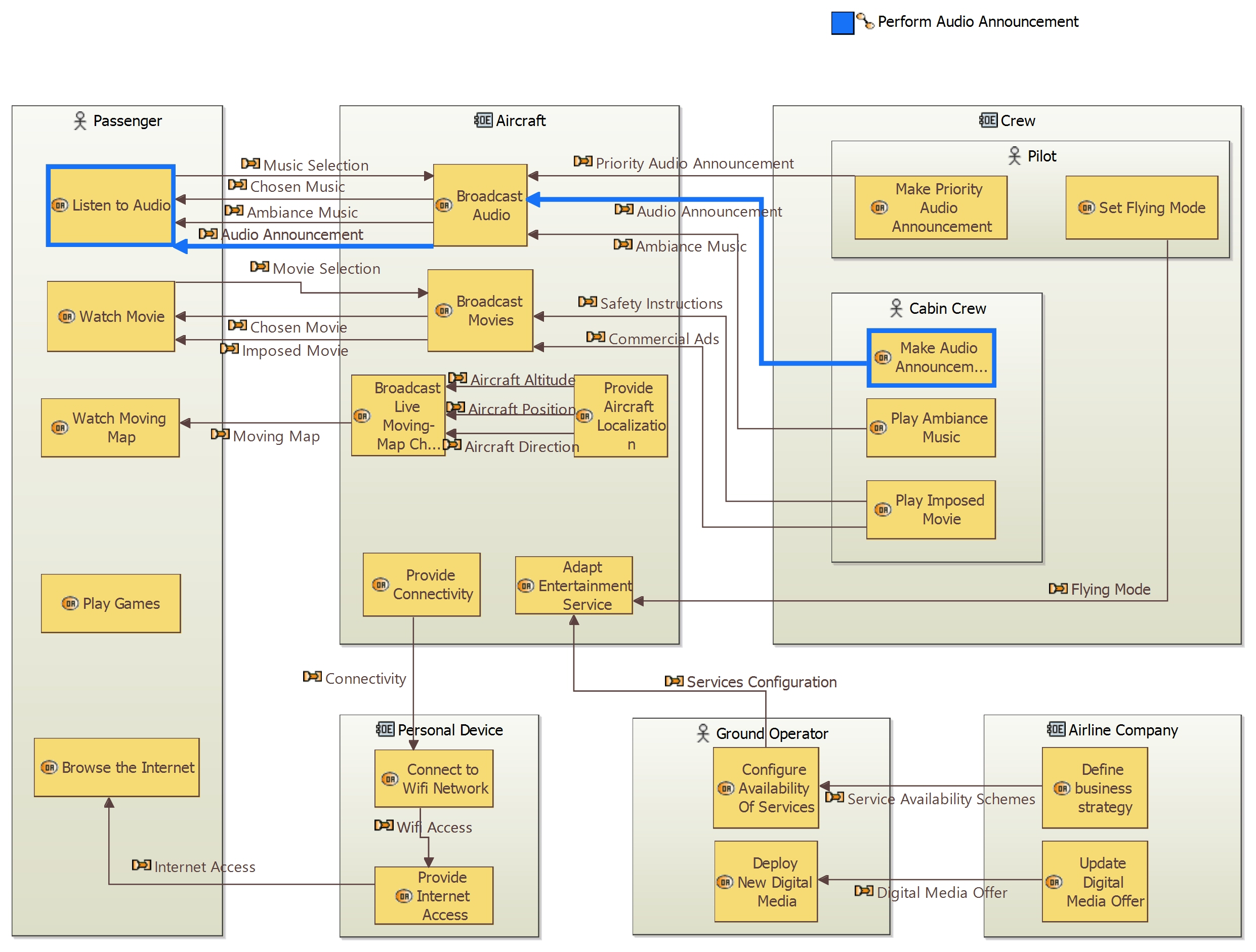 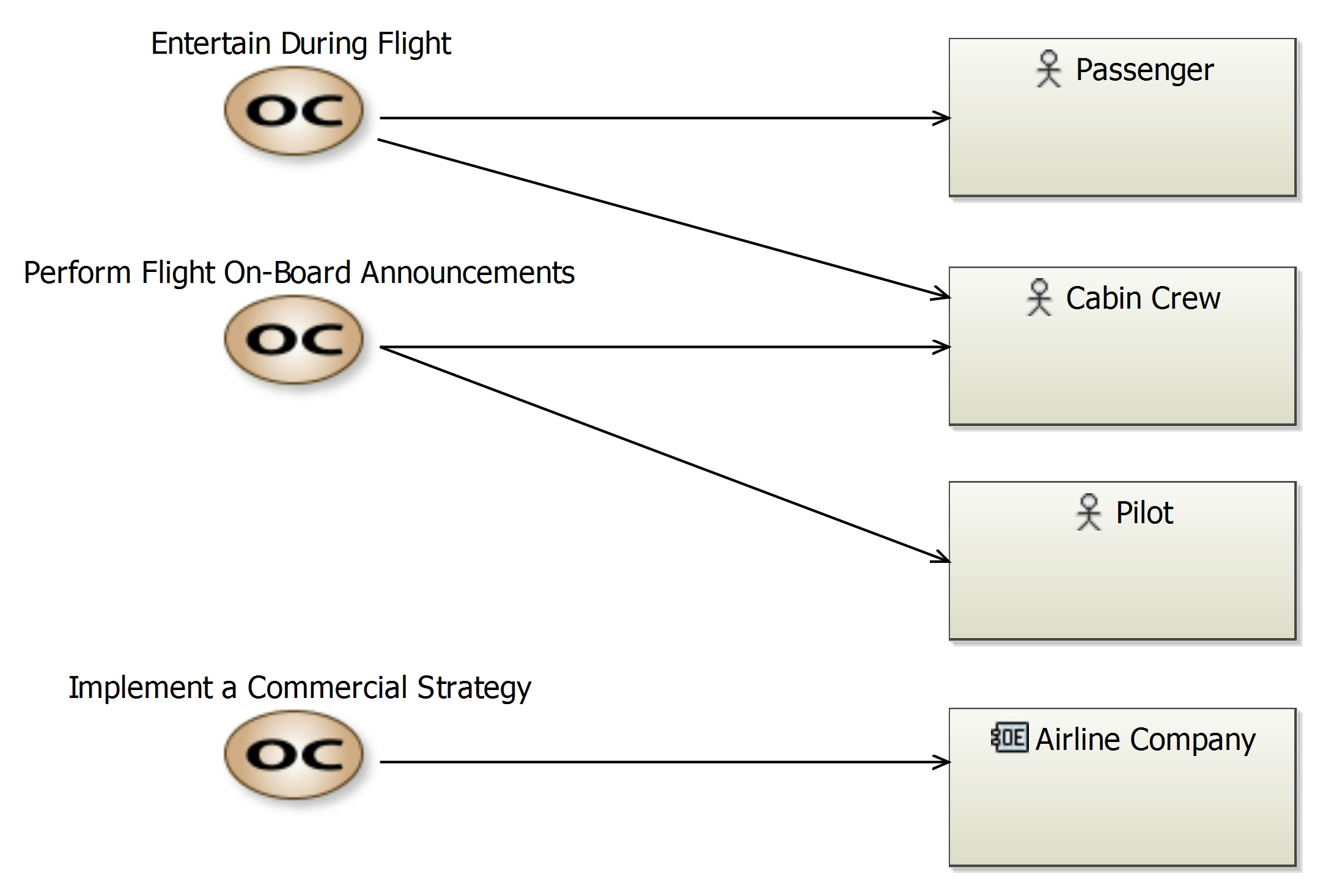 An enabling system can be considered as an entity in the Operational Analysis. And/or as an Actor in Systems Needs Analysis. The diagrams will be the same as for Entitities and Actors.

Thank you Juan for your reply.
It does help.

In the [OCB] it is only shown the entities: passenger, cabin crew, pilot and airline company, why?

Are these the main actors to achieve the mission(s) for the future system, hence, the only entities that should be represented in the [OCB]?

In the sample IFE model, the assumption is that in the Operational Analysis we want to analyze the expectations of these entities. You could consider others: safety regulators, for instance.
A good understanding of theirs expectations enables the definition of the Missions and Capabilities of the System in the System Needs Analysis perspective.

The safety regulator is a very good example.

Is it not the sole purpose of the operational analysis to capture the functional users of the future system?
That is, unless the safety regulator interacts with the IFE via an available service to ensure safety - similar analogy for the regulator was captured in the Model Based System and Architecture Engineering with the Arcadia Method book - I only foresee the regulator as a stakeholder later captured at the system level when there is a system to regulate against safety standards and may well be derived from the stakeholder requirements.

The same analysis could be extended to investors.
Could the investors be users of the future system, and captured at operational analysis level?

Can the mission help to identify and capture the users at operational level?

What is/are the mission(s) for the IFE system?

Personallly I prefer to analyze the stakeholders of the future system, i.e. those entities that have an interest on it. “Users” is too limited for me. By using stakeholders you can have a broader analysis scope , driving to the identifications of entities and expectations you couldn’t identify otherwise.