We have been asked what it would take to make a DODAF item SV-1 in Capella/Arcadia. Interested in any experience anyone can share.
lisa.murphy@siemens.com

Hi. MODAF/DODAF and other xAF define concepts whose name and definition are not always the same as those defined by Arcadia. However, experience has shown that:

Thanks, Juan. Your answer was timely and relevant. Your point about the lack of standardization in the SV-1 diagram is pertinent; I’ve suggested our team ask the customer for an example so we can make informed decisions about the presentation.

What I do think is something we might want to look at in this area is that the SV-1 is sometimes made top down (e.g., from one or more concept of operations documents) while other times it is an aggregation/abstraction of the lower level models. The operational analysis capability should put Capella/Arcadia a step ahead of SysML V1/Cameo for that work.

I’m not too familiar with DODAF but I assume it is pretty much an analogue of MODAF. The key thing to understand about both of these is that they are enterprise architecture frameworks and their purpose is not to capture a detailed system (or system of systems) architecture in the way that Arcadia can. Rather they attempt to understand the potential role of all elements of the enterprise in order to define the most appropriate enterprise to address the particular problem domain.

The type of entities that can be displayed on an SV-1 view is quite broad and there is no direct equivalent view (perspective) in Arcadia in my opinion. However, I’m sure Arcadia could be coerced into producing something that was representative of such a view. Notwithstanding this it might be more appropriate to understand your customer’s intention as there may well be better ways of achieving their aims using Arcadia in its more conventional definition, or perhaps something else entirely different would be more suitable.

Yes, I agree that wanting a definitive model for SV-1 is an open-ended request. But we do know that Cameo has a DoDAF add in and it recommends a block diagram for the SV-1.

I agree that there are several approaches that could be used with Capella, so I followed Juan Naves recommendation. But first I suggested we ask them to show us what they’ve seen in the past – I’ve seen everything from a pretty visualization to a basic box and line diagram. A lot depends on the scope.

This is the approach used in recent webinar on System of System modeling with Capella. 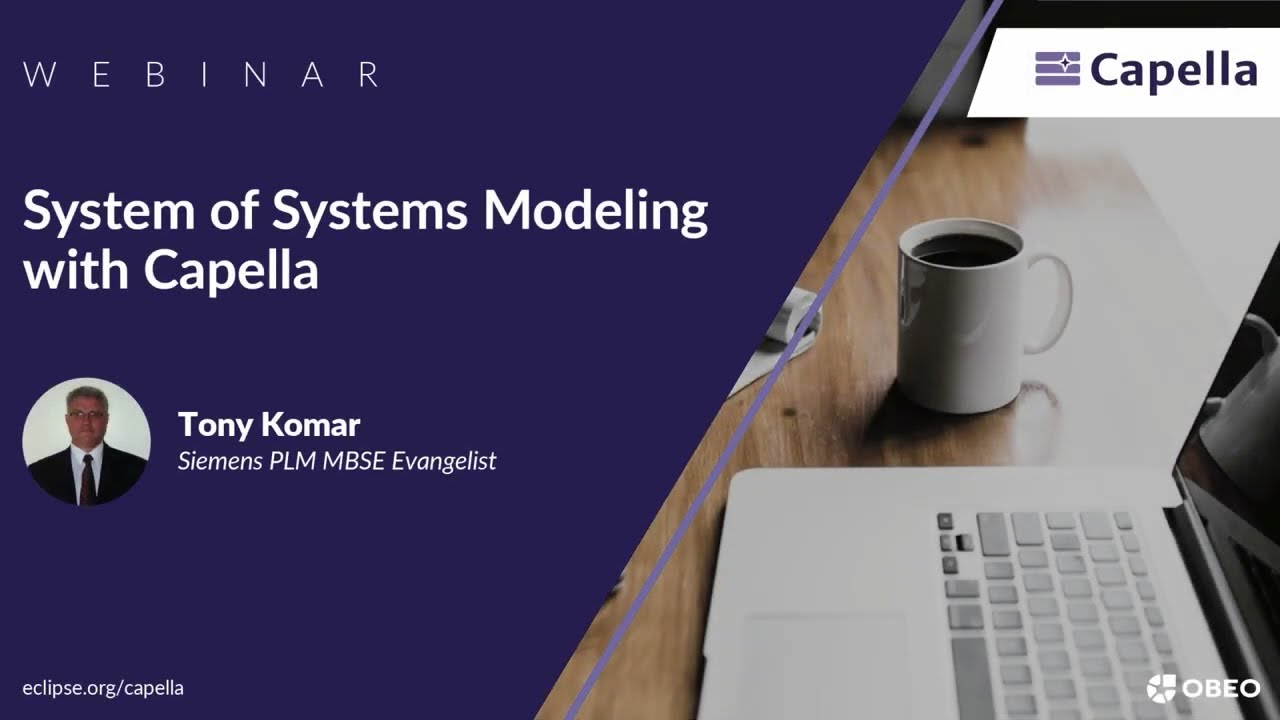 The OV-1 is not just a cartoon, but actual model.