2 Capella ID's for one single element?

Hello,
I am so confused with this, I just discovered that my Logical Components in my LAB had 2 ID’s, Capellas ID’s…

This is never the case for Requirements, let’s see:
Selecting the item from the “Project Explorer”: 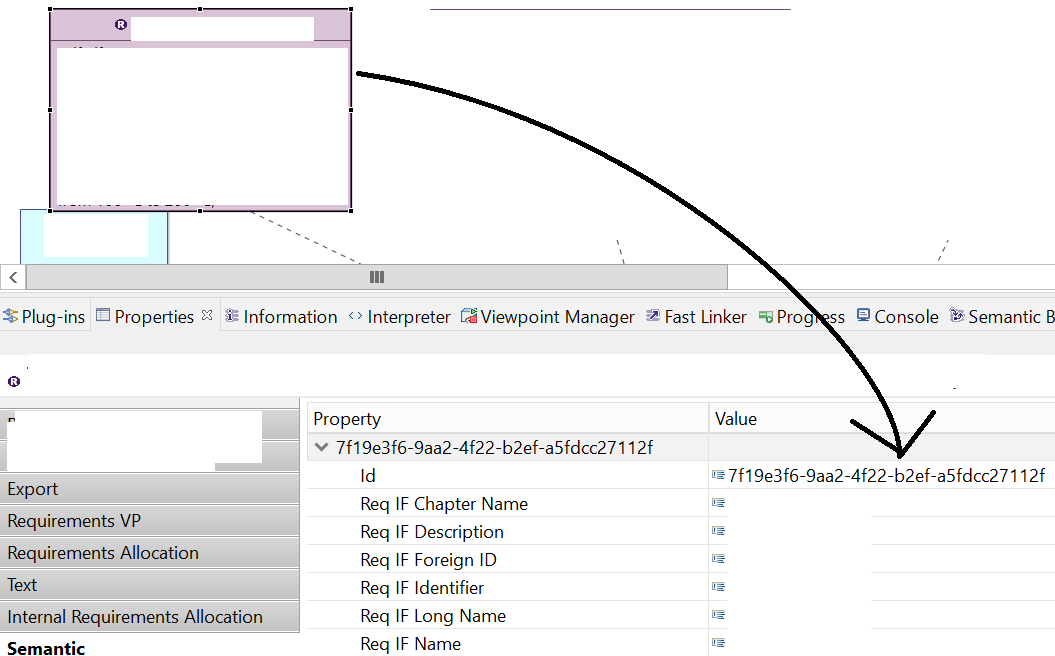 However when it comes to Logical Components (or cs:Part’s?), let’s look at this:

Cheking the ID for this Logical Component/actor leads us to find 2 DIFFERENTS ID’s!

I thought the “self.target” applied to a graphical element, was supposed to point out to the element shown when we click on “Show In Project Explorer”:

This is very confusing when using Python 4 Capella, since P4C deals mostly with items in the project explorer it seems.
I don’t know if this post fits better here or in the scripting sub forum, If there is no answer I could move it there. Thanks

Allowed me to get the second id.

I wonder if there is a simpler way to do this.

Hello,
You deals with 2 IDs as there are 2 elements in Capella.
At the beginning, Capella was based on UML approach:
You had something like ‘instance/field’ and ‘Type’. Then, the tool evolved to drop this 2-elements declaration.
But there are some leftovers in the metamodel.
You can make appear both elements in ‘Project Explorer’ view by un-selecting ‘Part’ in ’ v \ Filters and customization …'.

Diagrams may use one or the other semantic mapping.
Take note that you can break your model by editing the part directly.
However, one making customization in Capella must be aware of this legacy.

Fascinating, you seem to have been there when it was made…
Question:
Is it possible to access to the property “actor” of this previous “LC 1” element, when selecting the diagram element (the one with the second ID it seems), without doing what I did? Meaning without writing this:
(aql:self.target.eContainer().eContents()->select(a|a.eInverse(cs::Part)->asSequence()->at(1).id=self.target.id)->at(1).actor)(*#) 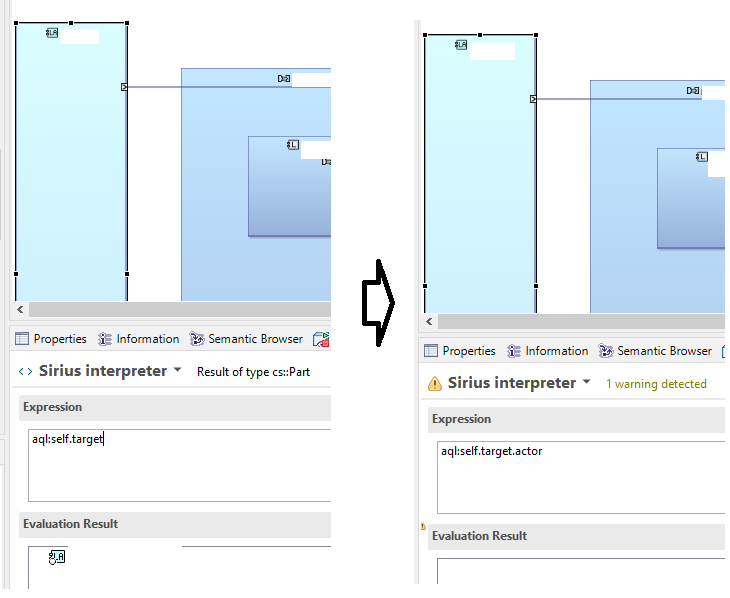 It would have been nice to do a simple:
aql:self.target.actor

Is there a simpler way to do it, than searching for its counter element in explorer like I did?
I am asking because writing: ((*#)) can be a nightmare in Python4Capella.

I would not have guessed the answer to this problem. So I checked “AbstractType” in the metamodel: 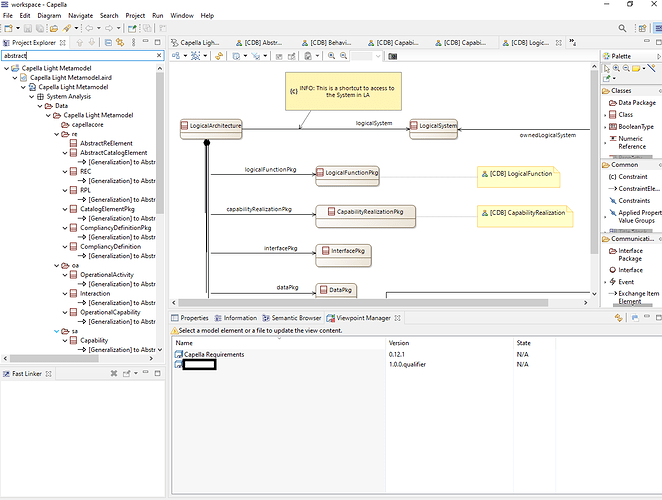 Finally I supposed it could related to EMF/SIRIUS/other Eclipse things maybe, searched a bit: 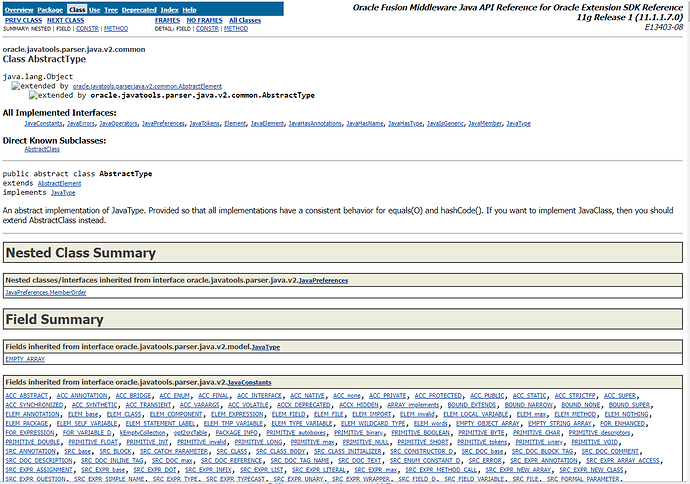 Sometimes Capella can be complicated for the noninitiate, thanks for the answer.