I am currently modeling a system with Capella and tried to overlay two functions in an Exchange Scenario Diagram, looking like this: 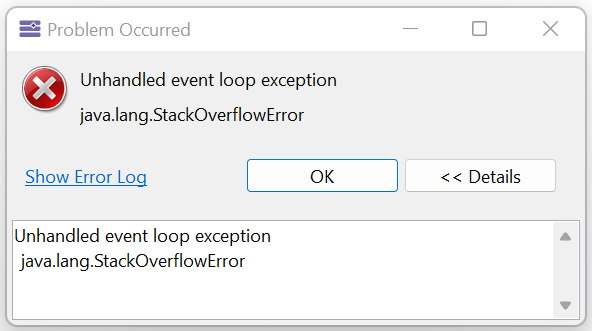 The diagram I added was now EXTREMELY large, because one of the boxes became extremely long. In fact, it became so long that I can’t scroll through the diagram but have to drag the scroll bar at the side to move back to the top.
Since I couldn’t figure out how to solve this problem and make the diagram smaller again, I deleted it and started it from scratch.
… Then it happened again.
So I spent some time now, trying to very carefully build the diagram, leaving me with nothing because it was not saved in time.

Does anyone know the reason for this error? Or is there any button to “make the diagram small again”? E.g. I deleted the veeeery long function, but that left me with a immense gap between parts of the diagram.

I’d be very thankful if anybody had an advice on how to deal with that issue, since it’s wrecking my nerves badly.

Thank you very much in advance!

Hi JoKi,
I had this on several versions of Capella when transforming FS to ES, or ES to ES behavorial in this particular situation:
One or several messages are sent are received by functions allocated by same component. Int this case, the message turns in a self loop. Transforming to ES functional the message still refer to a FE, so it may pass, but converting to ES behavorial, the message is now referencing to CE which does not exist because both functions are allocated by same component. Then you have a warning in your information pile or sometime you may have a crash.
Next question is what is the reason for splitting the function if allocated by same component. If it’s needed, then probably you should consider splitting the component, if not, do not split. For SA layer, I’m afraid the function should not be splitted in the chain direction but if necessary in parallel mode, duplicating FEs…

thank you for the answer!